David joined Inmar as Chief Executive Officer in April 2010 and assumed the additional role of Chairman in February 2014. David has extensive operations and financial management experience in U.S., Europe and Asia. He has lived and worked in all three regions. His expertise in investment, innovation, industry collaboration and corporate development has supported transformative product innovation and the growth of information-driven networks spanning more than 200 countries and territories.

Prior to joining the Inmar team, David was Executive Vice President of Supply Chain for Domino’s Pizza, Inc. He also served as Domino’s Chief Financial Officer from 2005 to 2007. Prior to Domino’s, David held several positions during an early 23-year tenure at UPS, including Chief Financial Officer, UPS Supply Chain Solutions, and Vice President of Mergers and Acquisitions.

David holds an MBA from The Wharton School, University of Pennsylvania. He was past Chairman of the Wharton Alumni Executive Board, serves on the Wharton Graduate Executive Board and on the Board of Visitors for the Wake Forest University School of Business. David also serves on the Board of Directors of Papa Murphy’s Holdings, Inc., and is a founding member of the Advisory Board for Wake Forest Innovation Quarter as well as Co-Chair for the Entrepreneurial Culture Committee of the Winston-Salem Alliance. 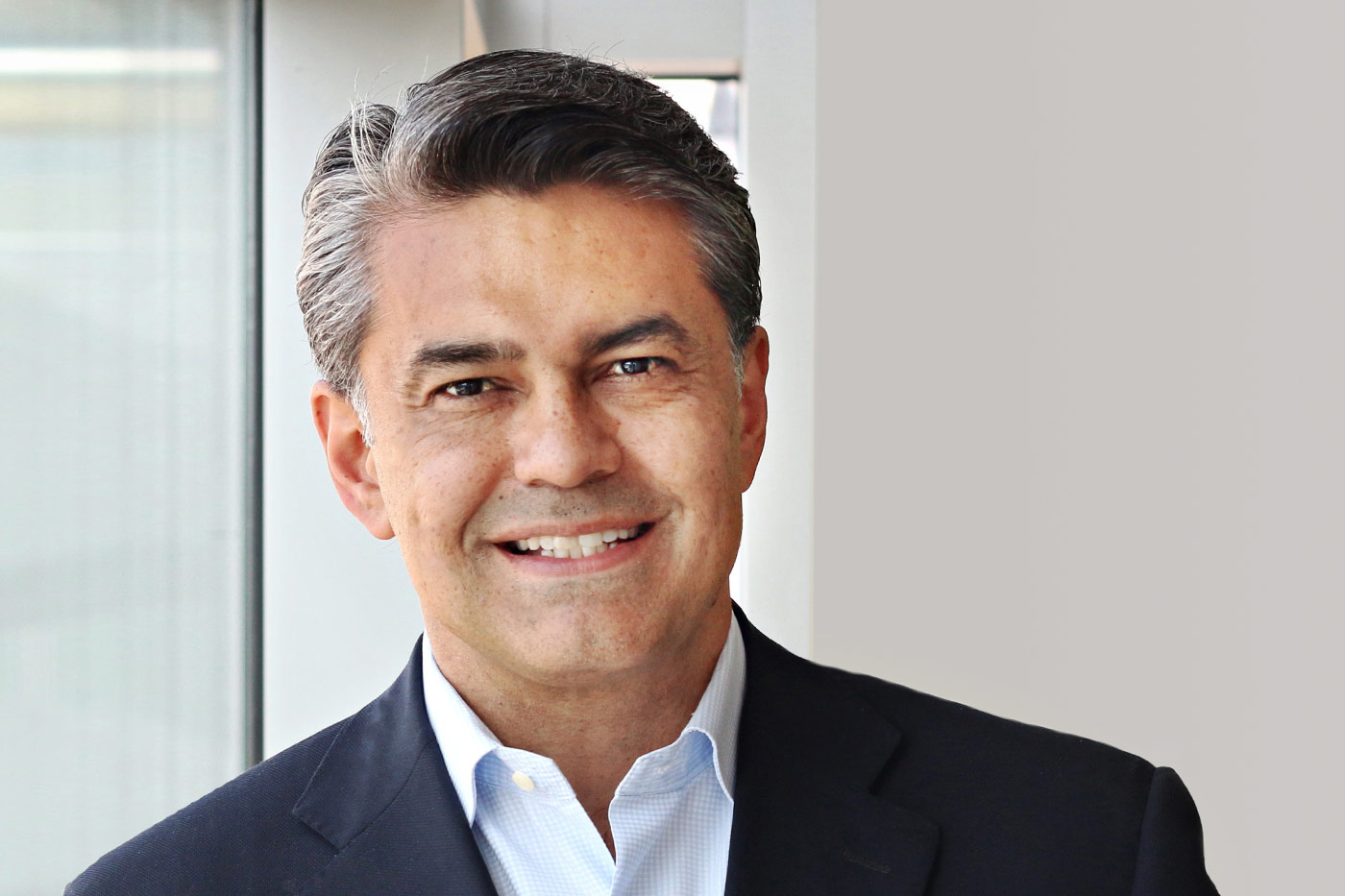 Jennifer serves as Inmar’s President and Chief Client Officer. In this role, she leads Inmar’s Retailer and Pharmacy Client Development teams, along with shared Client Development support services. A 25-year Inmar veteran, Jennifer rejoined Inmar in August 2018 after retiring in 2015 to found and serve as President of Virago, a professional coaching and consulting business for C-level executives. During that time she also served as an Executive in Residence for Inmar.

Jennifer began with Inmar directly out of college as a Client Account Representative and progressed to many leadership roles within the company including Director, Sales; Division President, Inmar Revenue Recovery (Billing, Payment Settlement and Financial Reconciliation Solutions); EVP and President of Inmar’s Pharmaceutical Returns business. At the time of her retirement, she served on Inmar’s Leadership team as EVP and Chief Client Officer.

A passionate coach and mentor, Jennifer also founded Inmar’s Empowering Women’s group and directs the Inmar Foundation, which was established to support the mission of the Empowering Women’s group. Jennifer provides coaching and development services to Inmar women and advises other organizations that have a passion for developing women leaders. She holds a bachelor’s degree from the University of Tennessee. 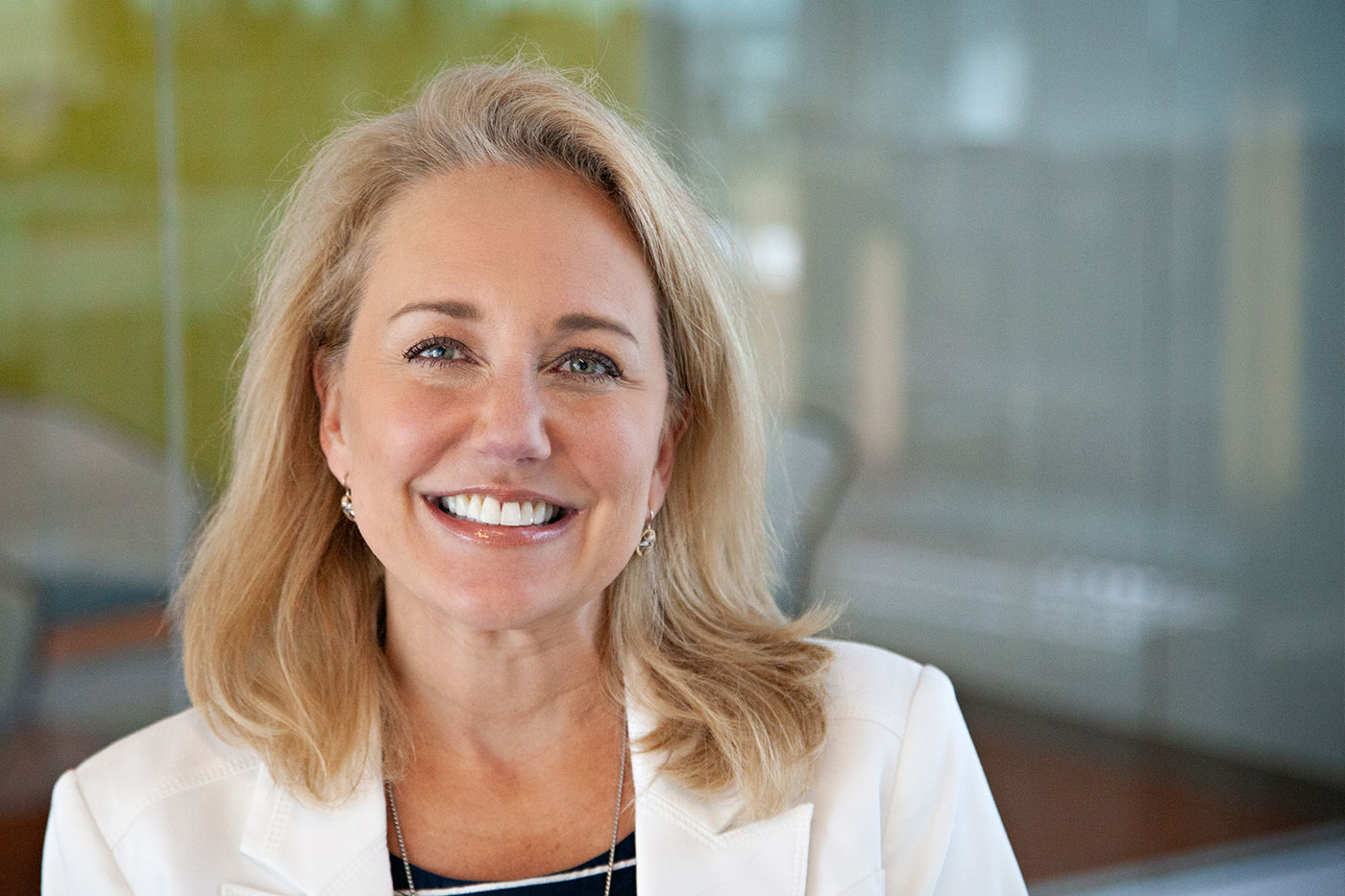 Sharon Joyner-Payne is Inmar’s Executive Vice President, Corporate Communications and Great Teams. In this role, she leads all Corporate Communications and Human Resource functions for the company, which has more than 4,000 employees in the U.S., Canada and Mexico. She is responsible for corporate messaging to all internal and external audiences. Sharon first joined Inmar in 1984 as a Customer Service Representative for then Carolina Coupon Clearing and has served in positions of increasing responsibility during her tenure.

Most recently, she was Senior Vice President, Marketing, where she was instrumental in formulating and preparing Inmar’s outreach to investors in 2013 and its ultimate transition to Abry Partners in January 2014. Sharon also led the development and implementation of the Marketing strategies to support Inmar’s transformative growth in technology innovation as well as the branding efforts to consolidate more than six different and well-established company names under the one brand “Inmar.” The resulting brand more accurately reflects Inmar’s global reach and has increased Inmar’s name recognition in the marketplace. She holds a BSBA in Marketing from Appalachian State University and an MBA from the Babcock School of Management, Wake Forest University. She was named a 2013 Women in Business Leader by the Triad Business Journal and is a charter member of Inmar Empowering Women. 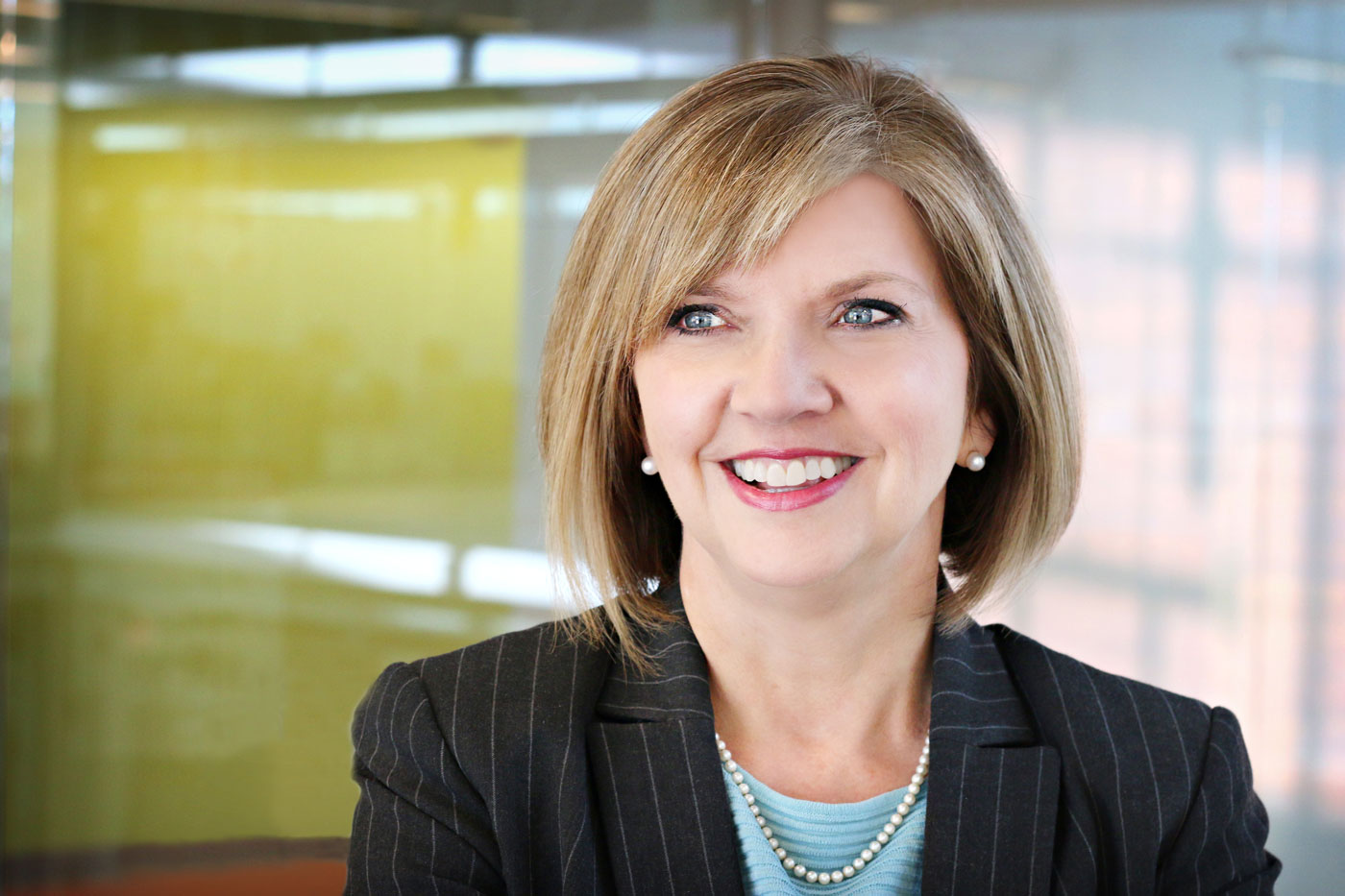 Rob is President, Global Operations, Inmar. He joined Inmar in this role in January 2016. Rob brings tremendous global supply chain leadership experience to Inmar. During his 20-year career, he has gained a reputation for making significant domestic and international supply chain operational improvements for companies such as Hershey, Wake Forest Baptist Medical Center and Meguiar’s. He also served as Lead Faculty Area Chair for the University of Phoenix School of Business, where he taught graduate-level and undergraduate-level courses in management theory, strategic planning, economics and organizational behavior. Rob was Senior Director of Client Solutions and Analytics, and Director of Operations for the Northeast Region for Inmar.

He holds a Bachelor of Science in Industrial Engineering with Distinction and an MBA from Penn State University. 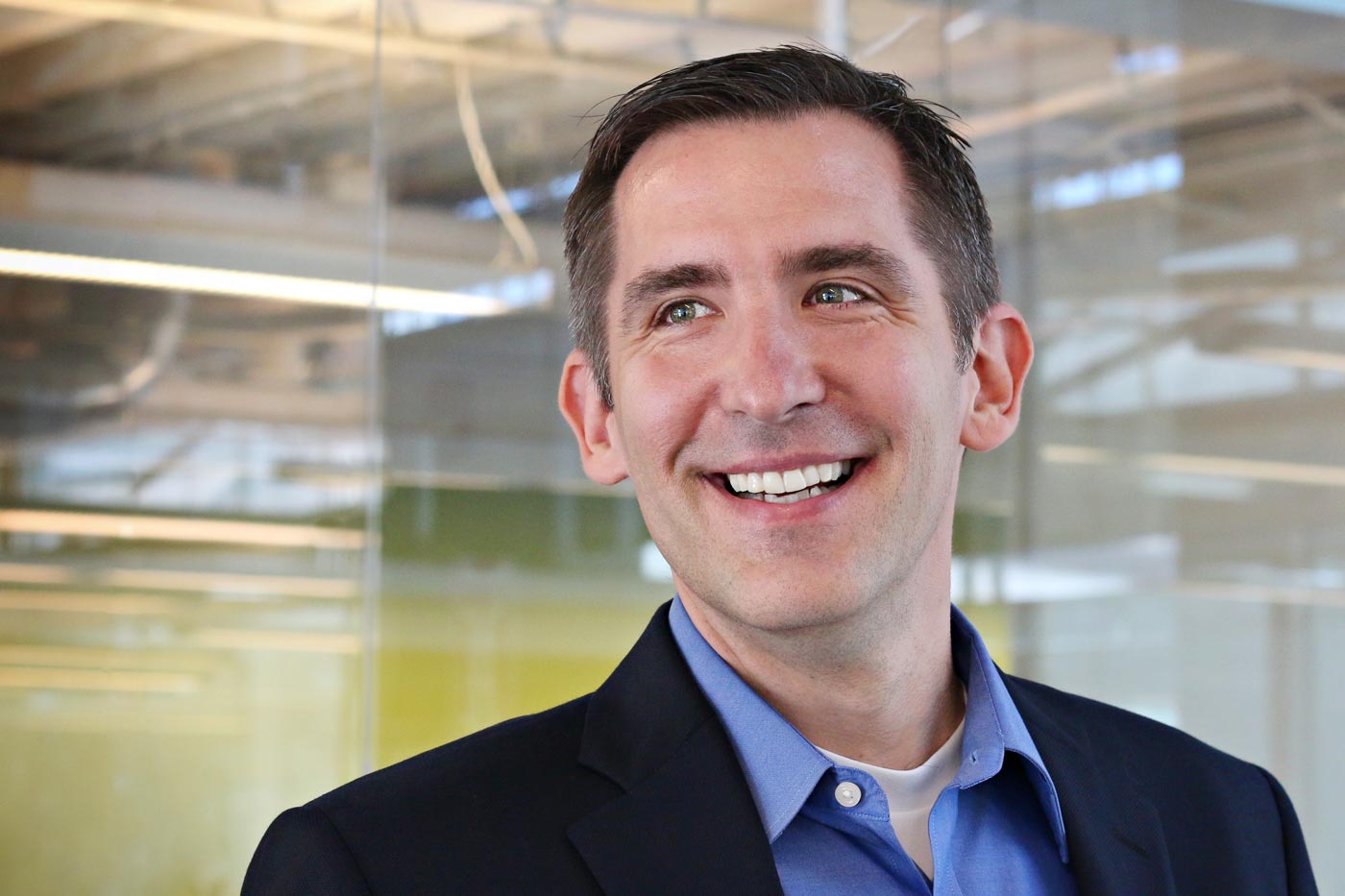 Fred is Inmar’s Executive Vice President, General Counsel and Secretary. Prior to joining Inmar, he served as Vice President and General Counsel of AuthenTec, Inc. as the company transitioned from a venture backed start-up to a publicly traded industry leader. In addition to key roles in AuthenTec’s 2007 IPO and M&A activities, Fred was a significant contributor in the October 2012 sale of the company to Apple Inc. Prior to AuthenTec, Fred was Senior Counsel for intellectual property and licensing at Raytheon Company, the Chief Executive Officer of RJ Mears, LLC, and Assistant General Counsel of Fujitsu Network Communications.

He received a BS degree in Electrical Engineering from Florida International University and a JD degree from Florida State University. He is a member of the bar in the states of North Carolina and Florida, as well as the Commonwealth of Massachusetts. 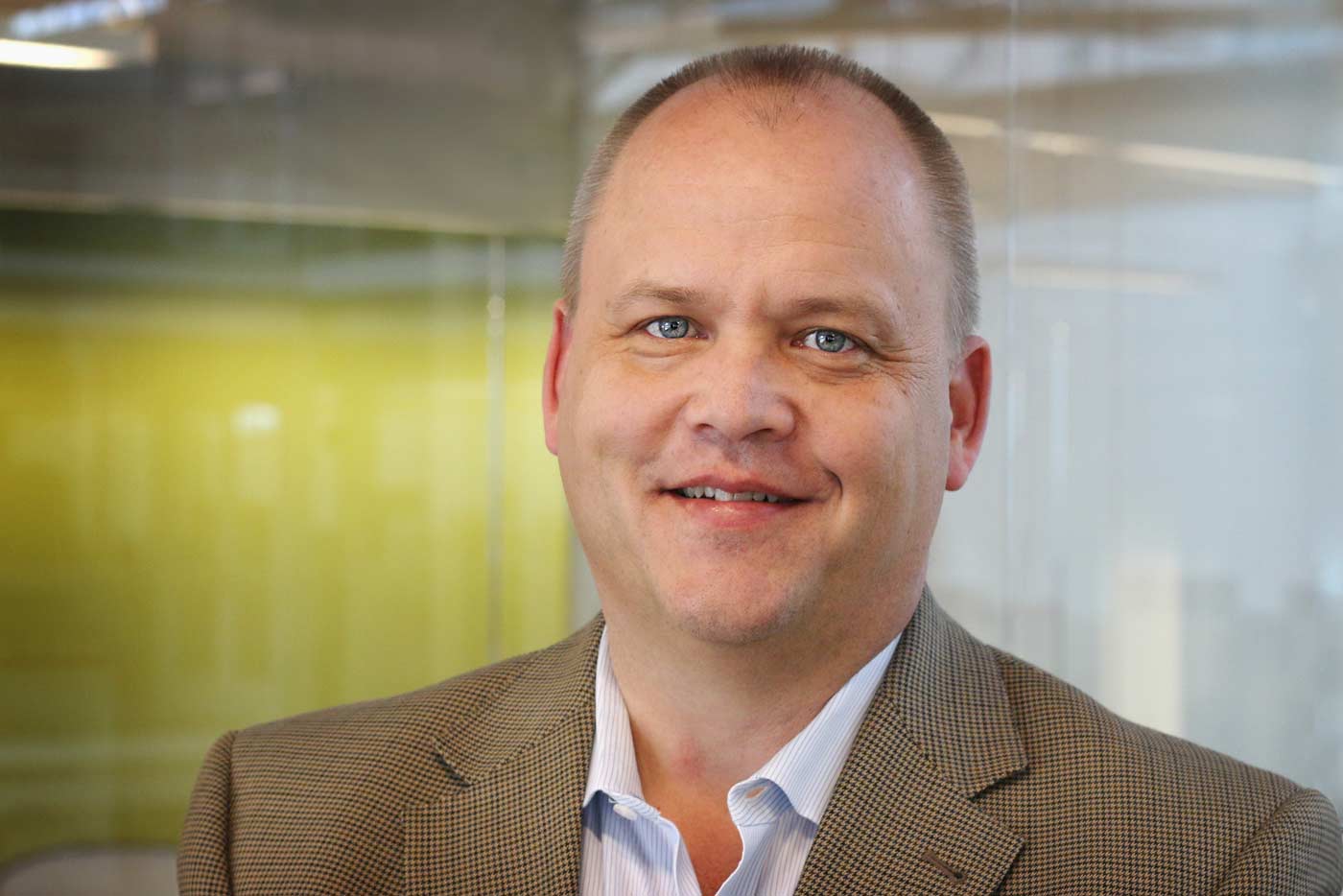 Greg serves as Inmar’s Chief Technology and Product Officer. In this role, he manages Inmar’s solution development teams, and defines and leads technology strategy. He is responsible for strengthening existing commerce networks, while integrating mobile and emerging technologies to enhance our value proposition.

Prior to joining Inmar Greg served as Vice President, Software Development, for AuthenTec, where he was responsible for defining software strategy and leading the company’s technical Mergers and Acquisition teams. While with AuthenTec, he was involved in the development of the technology that enables the iPhone’s Touch ID fingerprint identity and played a key role in the company’s sale to Apple, Inc. Prior to AuthenTec, he was Vice President of Engineering, Sonic Solutions, where he led the integration of engineers located across six countries in Europe, Asia and the U.S. Greg also founded several successful software development companies. He holds a BS in Computer Engineering from the University of Illinois Urbana-Champaign with Honors in Physical Chemistry. He is fluent in English and German and academic Spanish and Russian. 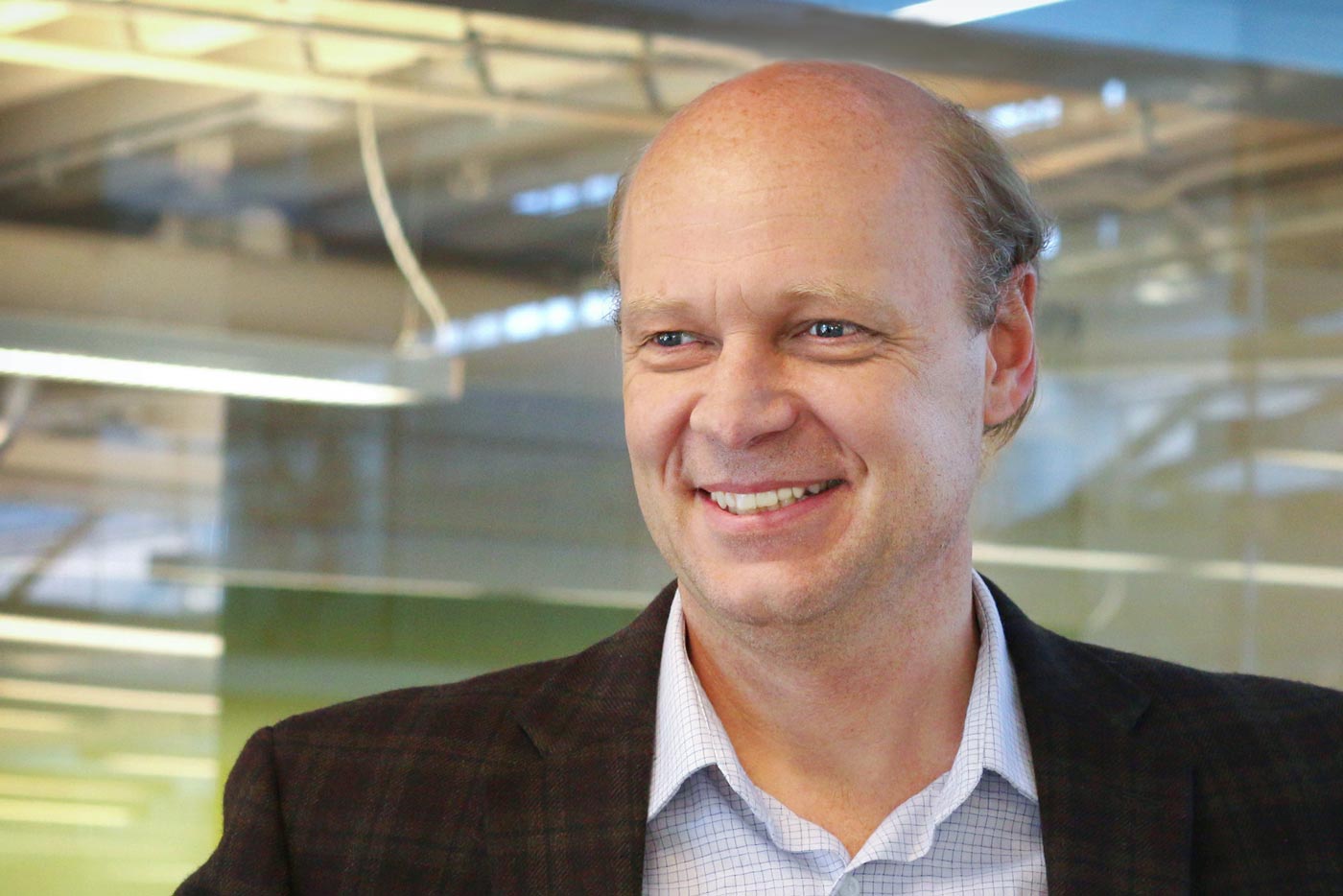 Rich serves as Executive Vice President and Chief Financial Officer for Inmar. He is responsible for directing the financial activities of the organization, and for establishing and monitoring the company’s budgets and forecasts and ensuring that Inmar’s capital is invested for growth. Rich oversees Inmar’s finance, accounting, tax, treasury, Lean Six Sigma, continuous improvement, procurement and risk management functions.

Rich’s career includes more than twenty years of finance experience with more than thirteen of these years spent concurrently supporting Inmar’s Technology team. He is a seasoned Inmar veteran, having served in a number of finance and technology roles.

Rich leverages a diverse background with significant experience in finance and technology to adeptly guide his teams to focus on performance. His areas of expertise include finance and accounting, mergers and acquisition, IT strategy and infrastructure, Six Sigma, continuous improvement and procurement.

He holds a Bachelor of Science degree in Accounting and an MBA, both from Wake Forest University, and is a CPA, licensed in the state of North Carolina. 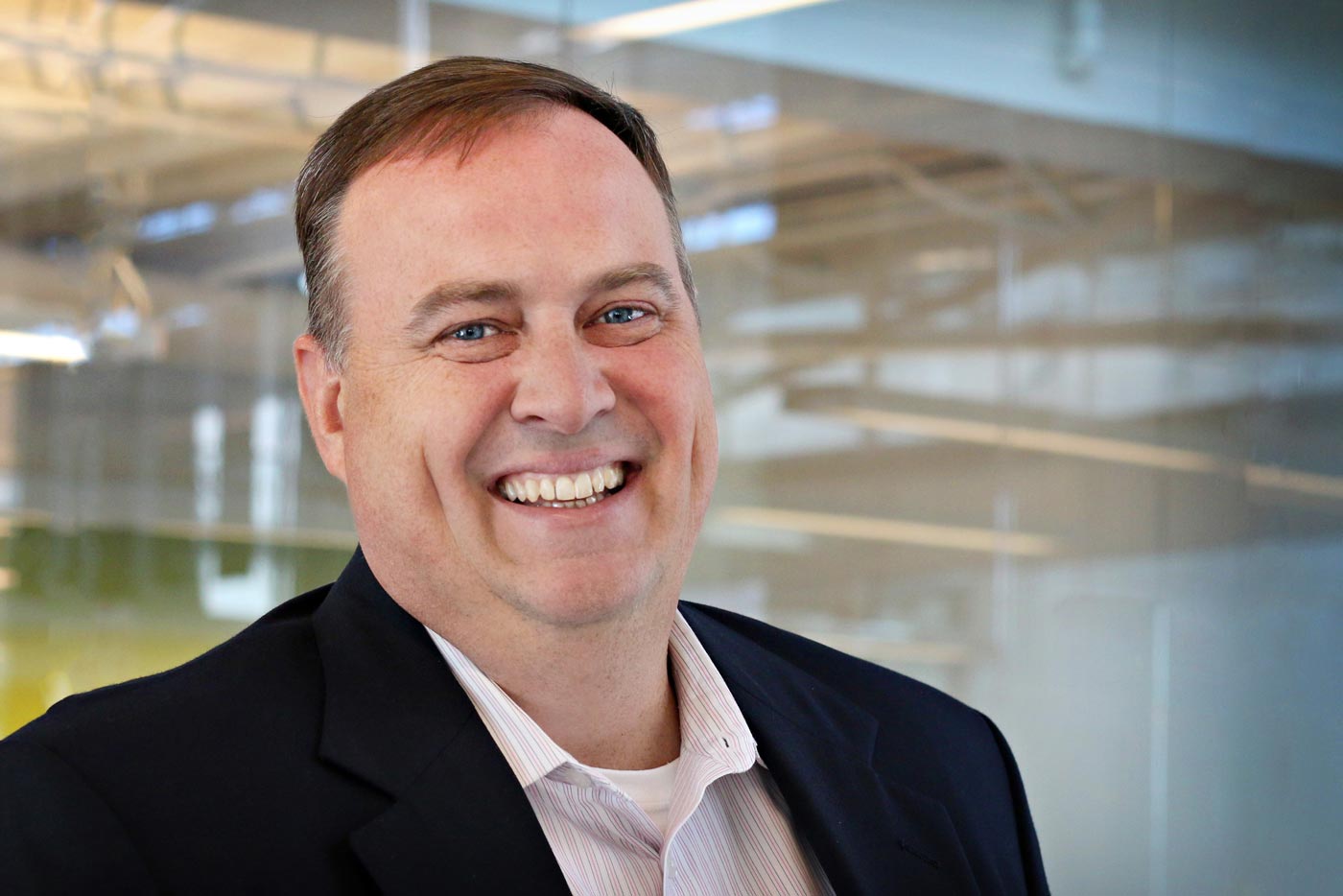 Roy Simrell serves as an adviser to Inmar, bringing more than 30 years of experience and a deep understanding of the industries we serve and how technology and core business services can help drive profitability, efficiency and consumer engagement.

Previously, Roy served as President and Chief Client Officer for Inmar, Global CEO for Symphony EYC and as President/CEO for Retalix USA and Global Supply Chain. He also held several executive-level positions for Catalina Marketing, including serving as Senior Vice President of Information Technology and Research and Development. During his time with Catalina, he held positions in the U.S. and Europe, where he worked with retailers and brands to drive sales and increase loyalty.

John Ross serves on Inmar’s advisory board as an innovation adviser and industry partner, bringing more than 30 years of retail, data science and marketing experience. Prior to joining Inmar as President, Promotions, John headed the Emerging Media Lab for global agency holding company Interpublic Group (IPG) (NYSE: IPG). He also founded and served as CEO of IPG’s Shopper Sciences. Before joining IPG, he spent 11 years with Home Depot in various marketing roles, including e-commerce, branding, global marketing and advertising and the global CMO role. He co-authored “Fire in the Zoo,” and the Google shopper marketing book, “The Zero Moment of Truth (ZMOT).”

John joined Inmar in July 2015 with Inmar’s acquisition of Scanner Applications where he served as President and CEO. Since joining Inmar, John has expanded his contribution to serve in several leadership roles including Promotions Client Operations Officer, Interim President of Promotions Network, and most recently, Sr. Vice President, Client Development. He also served as a Leadership team Advisory Board Member.

John joined Scanner Applications in 1992 as employee number four. He performed claim validation, accounting, and headed up the company’s Scanner Reward program. After two years in that role, he became a Regional Sales VP. Over the course of the next 15 years, he successfully converted some of the top CPGs in the U.S. to Scanner Applications clients. In 2005 John was named President of Scanner Applications, and in 2012 he was named CEO and Chairman.

Prior to Scanner Applications, John was a Key Account Manager for the Gallo Wine Company in the Los Angeles Chain Division. He also worked for DuPont Publishing, and was a founder of Kobe International Trading, a commercial real estate firm in Kobe, Japan. John holds a B.S. in Economics from DePauw University.

Peter’s expertise centers on the use of behavioral data to understand and forecast customer shopping/purchasing activities across a wide range of industries such as consumer packaged goods, interactive media, financial services and pharmaceuticals. Managerial applications focus on topics such as customer relationship management, lifetime value of the customer, and sales forecasting for new products. Much of his research highlights the consistent (but often surprising) behavioral patterns that exist across these industries and other seemingly different domains.

Many of these cross-industry experiences led to the development of the Wharton Customer Analytics Initiative, a research center that serves as a “matchmaker” between leading-edge academic researchers and top companies that depend on granular, customer-level data for key strategic decisions. Peter co-directs the center and his work has been published in (and he serves on the editorial boards of) a number of leading journals in marketing, statistics and the management sciences. He has won numerous awards for his teaching and research accomplishments.

Peter holds a Ph.D. from the Massachusetts Institute of Technology, Sloan School of Management.

From industry associations to trade publications, regularly recognized for innovation and client-focused solutions