Why Loyalty-First Creator Communities Are The Next Big Thing 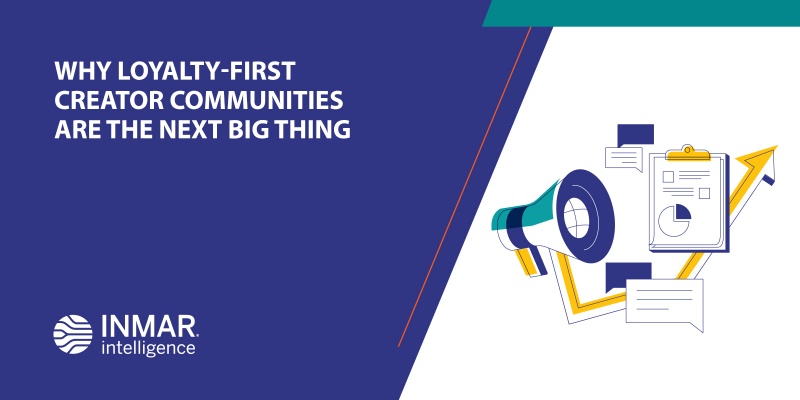 Social media has largely become a series of scrolling feeds, an endless stream of user thoughts on platforms differentiated only by logo and color. We’re all used to the standard practice: open the app, check out what’s at the top, and then drag a finger upwards along the screen to unearth a new collection of content.

This is not to disparage the standard and familiar screen-scrolling. The platforms that are now considered “traditional” are massively successful, each drawing immense audiences and even guiding savvy creators and influencers to self-made wealth. However, history and human nature point to a potential exhaustion of the standard practice, a craving for something new. After all, we as a species are driven by trends and patterns, none of which last forever. See: Silly Bandz, planking, the Harlem Shake, hoverboards, tamagotchi… the list goes on.

So while the newsfeed-based experience probably isn’t going the way of mullets and Livestrong bracelets any time soon, it’s only natural to expect regular users to become somewhat tired of the same-old-same-old. Those users won’t be giving up their 145 minutes per day of social media time, though — so what will they turn to for a break from the feed?

Facebook, Twitter, Instagram, TikTok — all of the “scrolling feed” sites — as well as Youtube, Pinterest, and heck, even LinkedIn are saturated with influencers building massive followings. These creators lead packs of anywhere from 1,000 to 1,000,000 devoted disciples, all of whom engage with the influencer because of trust, perceived connection, or relatability.

Trust isn’t the only feature of influencer followership, either. Connection and understanding are bonus gains — according to Think With Google, 40% of millennial YouTube users say that their favorite creator understands them better than their own friends. The creator connection is as permeating as it is powerful.

The Emergence of Curated Communities

Consumer trust of influencers is the base layer upon which a new form factor has emerged. This is an evolutionary direction for the contemporary social media platform that still relies on its functional presence, but with increased importance of creator communities. Followers are no longer simply subscribed to the account of an influential personality, but instead find themselves part of a like-minded community that looks to the influencer for guidance.

Popular and emerging technologies build on the intersection of community and trust within these social spaces. Patreon, for example, hosts over 6 million users who frequently pay to engage with the content of their favorite creators. Twitch employs a subscription model of its own, and has been growing around 97% year-over-year in terms of hours of content streamed. Recently, Twitter has shown an interest in the curated groups space with a roadmap highlighting “Communities” — a feature for groups formed around common interests — and “Super Follows” — a new tool that allows users to charge for premium tweets or content.

The social sphere is moving toward intentional engagement with chosen, trusted creators rather than a blind confidence in platform recommendations of content users “may” like. This trend mirrors similar shifts in shopping and marketing:

This increased fondness for customized content is taking hold quickly, and foretells a future for social media that is powered by user choice, tailored to individuals, and supported by loyalty and exclusivity. This is a future that is guided by influencers and creators who are already intimately familiar with the nuances of community building.

There’s Cash in the Clique

Creator communities are starting to make waves. But can they make you money? Of course they can! Though the social media modality may change a bit, the fact of the matter is that influencers are poised to gain even more power. And that power can be harnessed.

When activating influencers for clients across multiple industries, we find that results are easily achieved and typically exceed expectations. For example, through suggestion of recipes based around specific items and ingredients, influencers were able to drive sales volume and product carting in authentic, trustworthy ways that kept their followers engaged. As shown below, six figure values are accessible through just a single image post with a simple call to action. 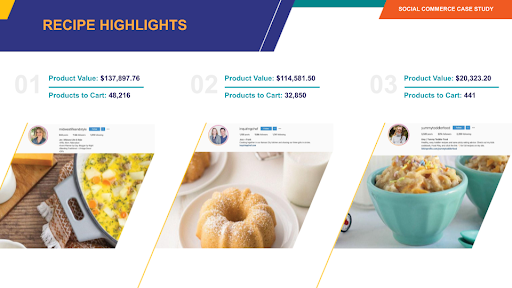 Consumer reliance on influencer recommendations continues to grow, all while shoppers are recognizing their ability to act selectively rather than relying on platform-pushed content. And as communities grow behind each of these creators, influencer activation is being recognized as the most sensible approach to engage consumers and capture sales.

Halloween shopping season is just around the corner, but do you know how to reach Halloween shoppers? This year is going to be spookier than ever, with consumers planning to spend up to $92 each on decor, costumes, festive treats and beverages.