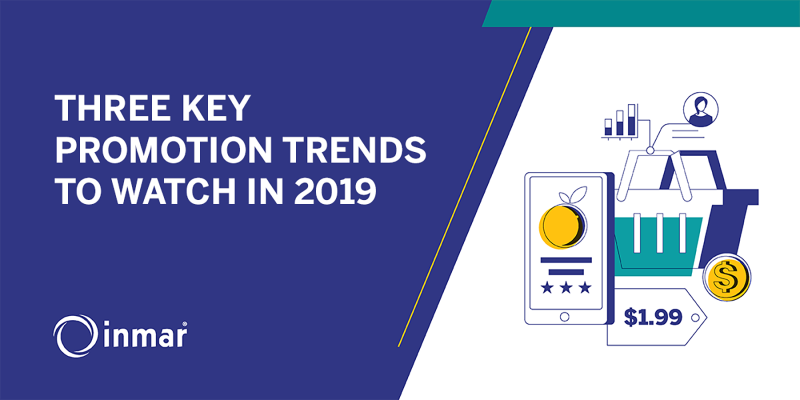 Growing consumer demand for convenience, value and personal relevance around their shopping and saving activity in 2018 fueled the continuation of a paradigm shift towards greater deployment of digital promotions by marketers -- and increasing adoption by consumers. Declining print media circulation -- paralleling expanding technological innovation -- helped drive a decline in total coupon distribution and redemption while digital volume (both distribution and redemption) increased significantly.

Inmar's analysis of this ongoing disruption has surfaced three key trends that will markedly influence shopper engagement and activation in 2019.

Technology-enabled promotions are capturing greater consumer attention and share of redemption.
Redemption volume for digital Load-to-Card coupons (L2C) increased 14.6% in 2018 compared to 2017. As a result, L2C coupons represented 14.8% of all coupons redeemed last year, ranking only behind Free-Standing Inserts and Instant Redeemable coupons in share of redemption.

Price promotion remains a meaningful way to impact shopper decision-making.
Coupons continue to significantly influence shopper behavior in with 80% of shoppers surveyed by Inmar Analytics reporting that coupons changed their purchase behavior in 2018. Among these shoppers, 37% bought sooner than they would have because of a coupon and 35% purchased more than they would have otherwise due to having a coupon.

Supply Chain Issues Aren’t Going Away. But Will Your Shoppers?

Like everything else in the retail world — and especially grocery — the center store is facing unprecedented pressure to rapidly react and evolve to meet new shopping habits. If the past two years have taught us anything, it’s that planning is critical even when those plans go up in smoke. And, while none of us might ever feel truly confident predicting and forecasting a year in advance again, there’s one sure thing we can all bet on — the pace of change is going to continue accelerating.

Susan Jones is senior director, CPG Solutions at Inmar. Jones has been a member of the Inmar team for more than 24 years, holding a number of positions involving promotion consulting, analytics, operations, and marketing as well as product management. In her current position, Jones leads a team of product solution experts and business insights managers who craft holistic and strategic solution strategies to address CPG client needs and to drive value.