Returns are Growing and Driving Opportunities for Resellers 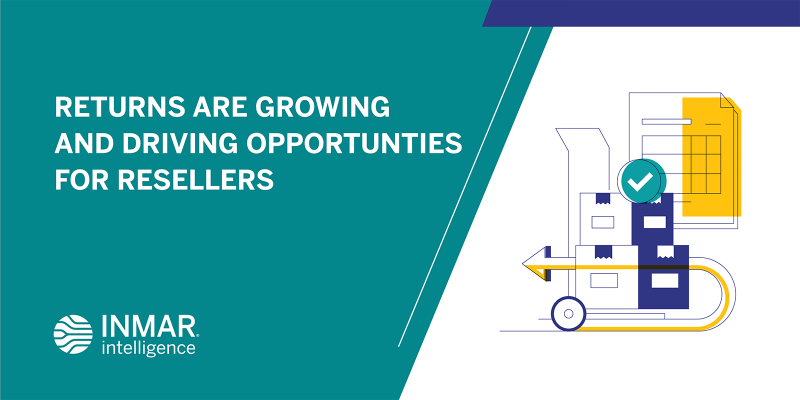 Returns activity in the fourth quarter of 2019 broke with past trends as overall returns volume was up significantly compared to this quarter in previous years. Past analysis has found a close parallel between retail sales growth and returns growth. However, this last year-end saw returns volume grow 7% versus a roughly 4% increase in primary channel sales.

The increase in volume was driven by two key elements: growing returns of e-commerce purchases and a greater than expected, late year inventory purge by primary channel retailers. As has been previously documented, “buy and try” behaviors by online shoppers are generating much greater return rates for e-commerce purchases versus those made at brick & mortar locations. And that was certainly the case at the end of 2019.

The good news for merchants is that 70%-80% of e-commerce returns are normally in such good condition that they can be swiftly returned to shelf. The exception, of course, is in the case of seasonal goods -- their time-of-year specificity dictating their accelerated, if not immediate, liquidation.

Ordinarily, overstocks, seasonal products, etc. find their way into the secondary market at the end of the summer season, but in 2019, the annual purge started in October and continued through Christmas. Not only was this transfer later and lengthier than usual, but the volume of goods targeted for resale was much greater.

Particularly interesting to note was the much-less-than-typical volume of apparel goods included among the returns flowing into the secondary market. However, while the percentage of overall returns represented by this category was much lower compared to the last three or four years, there was inversely robust growth in other categories including hardware, sporting goods and toys.

While the ultimate ramifications for retailers stemming from this increased movement of goods remains to be seen, sellers in the secondary market are well positioned (and stocked) for a good year ahead.

Choosing a Reverse Logistics Provider: What You Need to Ask

To find a provider capable of efficiently managing the tremendous returns volume while maximizing value recovery, retailers need to ask some hard questions. And get clear answers.

Who’s Going to Pay for All This E-commerce?

Online shoppers have become used to free shipping on purchases and returns. And omni-channel retailers and dedicated online sellers have, for the most part, become used to picking up the tab. But do merchants have to pay for everything or are there options for containing (or even cutting) growing logistics costs?