Combating The Opioid Crisis In The Pharmacy 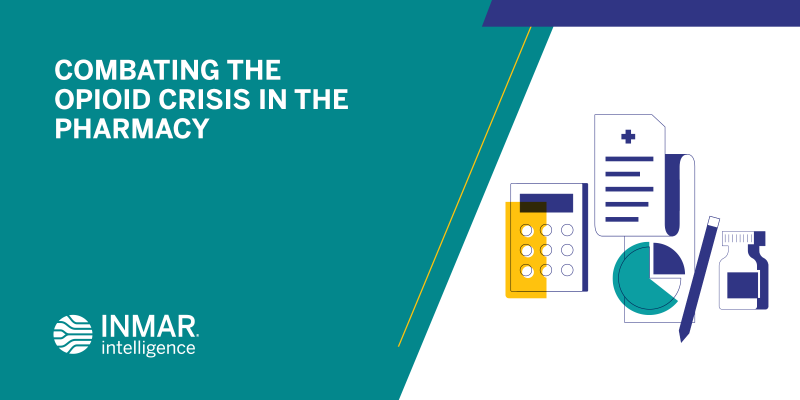 It’s happening again. Another pharmacy operator is facing federal prosecution for allegedly mismanaging prescription opioids and violating the Controlled Substances Act. And the civil penalties being sought by the Department of Justice could total in the billions of dollars.

The message is clear

This action by the DOJ should serve as clear indication that the federal government has not lost its rigor in combating the opioid epidemic. At least in terms of regulatory enforcement.

Moreover, the civil complaint resulting from a multiyear investigation by the DEA’s Prescription Interdiction & Litigation Task Force should be a wake-up call to pharmacy operators that they must move proactively to engender a “culture of compliance” throughout their organizations if they’re to avoid the costly consequences of violating CSA.

The country’s continuing struggle with the coronavirus has led the news for more than a year, while coverage of America’s growing opioid crisis has fallen well off the front page — even as the resulting deaths and damage grow.

In the 12 months ended in May 2020 the Centers for Disease Control and Prevention (CDC) recorded more than 81,000 overdose deaths — the most ever recorded in a 12-month period by the CDC. And while illicitly manufactured fentanyl and heroin played a definite role in this tragedy, 37 of 38 U.S. jurisdictions reported increases in synthetic opioid-involved overdose deaths.

The CDC estimates that this Public Health Emergency is costing the U.S. $78.5 billion a year. Therefore, it follows that the federal government would avail itself of all available regulatory enforcement resources to address this horrific state of affairs. Pharmacy operators, as stewards of the nation’s health, should be equally invested in ensuring they have systems in place to effectively combat internal diversion or risk incurring severe retribution.

The threat of fines and the potential for reputational damage immediately present as more than sufficient motivation for chain drug retailers to bolster their efforts to combat diversion. The reality, however, is that current systems are inadequate for meeting the challenge. Most existing drug diversion/opioid identification programs suffer from being understaffed, resource deprived and lacking critically needed automation. They are, therefore, destined to fail.

Relying too heavily on traditional reporting, data sampling and intermittent inventory and order analysis, these systems are unable to identify the root causes of diversion. Nor are they able to easily identify potentially suspect behaviors of pharmacy staff and other company employees with access to controlled substances.

A new approach is needed

The siloed, reactionary nature of these systems is seriously problematic. Affecting needed change will require that pharmacy chains take a holistic and proactive approach to diversion mitigation.

Taking this approach will, in turn, require continuous monitoring of medication transactions throughout the pharmacy ecosystem to include prescribing, ordering, receiving, dispensing and patient consumption. The requisite integrated system monitoring is possible only through the application of artificial intelligence (AI). But once in place, it will enable pharmacy operators to identify — at the first instance — all transactions that are in any way suspect or point toward a possible policy violation.

Alerted through early detection, drug chains can take immediate and informed action, addressing incidents before they become chronic — and costly. Again, executing on this preventive and proactive approach is dependent on having AI-driven data integration with all involved systems.

Deploying a system in the retail pharmacy space with these capabilities will be no small task. But as hospitals and health systems are already seeing significant success with technology-led diversion mitigation, there’s no reason chain drug stores can’t have the same success.

Who’s Guiding You Through The Digital Transformation Of Healthcare?

Without Insights and Information, Needed Improvement is Impossible

Inmar Intelligence has the pharmacy solutions for retail pharmacies to increase revenue.