Are Celebrity Endorsements Worth the Money? 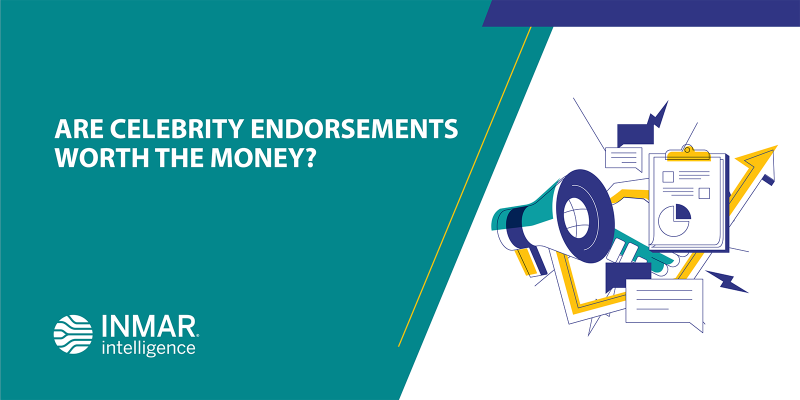 Inmar Intelligence surveyed 1,500 adults to study how celebrity endorsements and peer recommendations impact consumer purchasing decisions. Our survey found that 34 percent of consumers are more likely to purchase a product endorsed by their peers, whereas only 3 percent are more likely to make a purchase based on celebrity influence.

Consumers are 13.8x more likely to be influenced to purchase a product by a peer rather than a celebrity.

Celebrities Carry More Sway with Men than Women Of the 3 percent who said they are swayed by celebrity endorsements, men appear to be more “starstruck” than women when it comes to engaging with celebrities as influencers. More than half of the men we talked to (56 percent) admitted that they were swayed by celebrity endorsements. However, only 44 percent of the women owned up to being motivated by the movers and shakers.

45.5% of women said they are more likely to consider purchasing a product if there was an associated promotional code.

The Power of Peers and Promo Codes

Check out the infographic below for more information:

Not Using Influencer Marketing Within Your Retail Media Network? You Should Be.

As retail media networks continue to gain traction and territory, spending on e-commerce sites and apps is expected to grow beyond the $22 billion mark in the U.S. in 2021. At the same time, influencer marketing is expected to be a $15 billion business globally by 2022. What do these two seemingly disparate things have in common?

How Social, Conversational, and Omnichannel Excellence Will Define Social Commerce in 2021

In a recent report, Leah Logan, our VP Media Production and Community, sat down with Retail Touchpoints to discuss the ways the pandemic has and will continue to impact the growth of social commerce as a major revenue driver for marketers. The pandemic pushed social and e-commerce adoption rates years ahead of schedule, both in terms of consumer expectations and retailer capabilities.