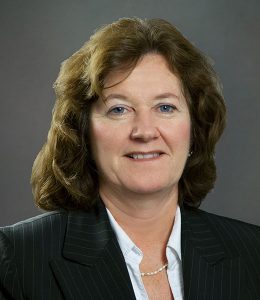 Inmar announced today that Melissa Wittner, Vice President, Software Engineering, has been named Tech Woman of the Year by the North Carolina Technology Association (NCTA). She will be recognized during the NC Tech Awards Gala on November 9, 2017.

In her current role at Inmar Wittner leads more than 100 Technology professionals in locations across the U.S. and Canada. She joined Inmar in 2007 as a director and was promoted to Vice President in 2012 to lead the company's supply chain Technology team, and again in 2015 to oversee Application Development for all of Inmar.

Wittner is highly regarded at Inmar and within the industry for both exceptional technical and leadership skills. She is a strong supporter of the advancement of women in STEM fields, currently serving as Team Sponsor for Girls on Fire — the Triad's first (and North Carolina's second) all-female team at the NC FIRST Robotics Competition (FRC). She served as president of the Winston-Salem Chapter of the National Association of Professional Women. Wittner is also a charter member of Inmar Empowering Women, a group she helped found. She also oversees the group's Technology Mentoring Program.

"Melissa's strong technical acumen and ability to inspire teams to achieve beyond expectations has been instrumental to Inmar's growth during a time in which technology is changing at an unprecedented pace," says Inmar Chairman and CEO David Mounts, adding that "She has an ability to understand a company's objectives, define the appropriate IT strategy to accomplish those objectives, and lead teams with passion and a clear vision for success."

Inmar is also a finalist for the NC Tech Awards Large Company of the Year for 2017.

Inmar helps leading Fortune 500 companies and emerging brands stay relevant and propel growth while providing their consumers with personalized and precision-driven tools to save money, improve health and safety, and more conveniently go about their lives. Inmar’s holistic portfolio of media products enables advertisers to access a variety of intelligent tools, including its influencer media platform, conversational commerce (chat-based media), audience extension and on-site digital media for retail. As a trusted intermediary for over 35 years, Inmar has served retailers, manufacturers, healthcare providers, government and employers as their trusted intermediary and helped them redefine innovation.